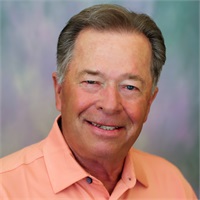 Born and raised in Dallas, TX. I graduated from North Dallas High School in 1964. Tried college upon graduation but did not flourish in that environment. Spent time in the service and later returned to college whereby I earned a master’s in management from Wayland Baptist University with an emphasis in Human Resources. I retired from BCBSTX after 35 years and later worked for SWBC as Director of Employee Benefits, and later served as VP for a third-party administrator. I have known Glenn Jones for over 15 years and decided to join Secure Benefits in 2015. That was one of the best decisions I ever made, as Glenn is one of the most professional individuals I have ever met. And the employees of Secure Benefits are the BEST! My passion in the employee benefits sector is self-funding. In June 2019 I relocated to Dallas and am representing the company there; however, I return to San Antonio frequently.

My business philosophy is based on the 5 Ps – Prior, Preparation, Prevents, Poor, Performance.